On Tuesday, February 26, 2019, the United States District Court for the Middle District of Pennsylvania held that the mere filing of a lawsuit by the Centers for Medicare and Medicaid Services (“CMS”) is not enough to prove they were “forced to file” the subject lawsuit or not. The Court denied the government’s motion for summary judgment where CMS sought to obtain full reimbursement of close to $84,000 in conditional payments. The Court found genuine issues of material fact exist around whether or not the government “had to pursue litigation” in this case.

The government is seeking close to $84,000 from the defendants, the Trostle estate and its attorney Richard Angino, after failing to first secure the almost $54,000 CMS initially demanded. That lesser amount was initially sought by CMS after the agency applied the statutory reduction for procurement costs and attorney fees in the original personal injury lawsuit that had been filed by the now deceased David Trostle. The government argued Federal regulations entitle it to recover the full amount of the conditional payments and to ignore the procurement cost reductions. The government argued the fact that it filed suit alone was sufficient to demonstrate that it was forced to file suit to recover the debt and it was now entitled to the procurement costs too.

The defendants argued that CMS did not have to file suit to obtain reimbursement and that the $54,000 in funds had been placed in trust for the purpose of repaying the government at the time the settlement monies were disbursed. After the Third Circuit Court of Appeals ruled against the estate in Trostle v. CMS in 2016, the defendants were willing to pay the full conditional payment debt amount of roughly $54,000. CMS, the defendants argued, deliberately chose to pursue litigation for the $84,000 instead.

The 2016 Trostle v. CMS case reminds us parties should not always assume that the most recent conditional payment letter amount will be identical to the final demand amount.  Furthermore, parties are reminded to appropriately exhaust all administrative remedies before filing suit against CMS. The question now is will the Trostle estate and its counsel, pay the steep price of an additional $30,000 for bringing that 2016 suit against CMS?  And if so, who pays that additional amount: the Trostle estate or Mr. Angino? Finally, how will the Court interpret the “must file” suit requirement of the statute? It remains to be seen if the parties will settle now with CMS accepting the original $54,000 or if we can continue to watch from these front row seats as this saga unfolds.

How to Avoid this Situation on Your Cases 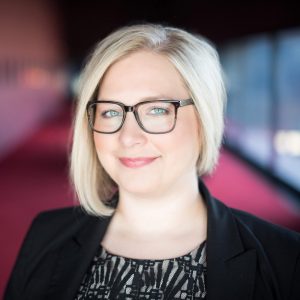 Annie M. Davidson is the Senior MSP Compliance Counsel and Policy Strategist for ECS. In her role, Annie provides legal analysis to ensure the integrity and quality of ECS’ Medicare Secondary Payer (MSP) compliance services and related products. Prior to joining ECS, Annie practiced as an insurance defense attorney in her native Minnesota where she litigated workers’ compensation and liability insurance cases, particularly those involving MSP issues. She is admitted to practice law in the State of Minnesota and the United States District Court for Minnesota, and is a graduate of William Mitchell College of Law. Annie can be reached at annie.davidson@examworkscompliance.com or at 651-262-9618.

Previous What claims are Section 111 reportable, and when are they to be reported?
Next Baltimore U.S. Attorney Nabs Law Firm: Obtains $250,000 Settlement with Law Firm that Failed to Reimburse Medicare