Medicare Advantage Plans remain largely undefeated. For the last decade, MAPs have pulled off an impressive streak of wins as they – in an attempt to collect direct payment for medical payments – have attempted to gain the right to sue “primary payers” in Federal Court for double damages. Late October brought another key victory for the plans, with a case out of the Second Circuit Court of Appeals. In Aetna Life Insurance Co. v. Big Y Foods, the Second Circuit fell in line with the Third and Eleventh Circuits and concluded that MAPs may utilize the private cause of action provision and sue claims payers in Federal Court.

As loyal readers may notice, this decision is the appeal from the March 2018 decision out of Federal District Court in Connecticut. The underlying case involved a personal injury claim brought following an alleged fall at a Big Y supermarket in Monroe, Connecticut. Big Y and the plaintiff settled her claim for $30,000, even as Aetna sought just shy of $10,000 in reimbursement for injury-related medical payments that it had made. Following the settlement, Aetna sued all of the parties – the plaintiff, her attorneys, and Big Y – utilizing the Medicare Secondary Payer’s (MSP) private cause of action provision to enforce its recovery rights. At the time, we wrote that a Connecticut Federal judge dismissed Aetna’s claims against a plaintiff and her attorneys but let stand a Medicare Advantage private cause of action claim against Big Y Foods. Ultimately Aetna was awarded summary judgment and Big Y appealed.

“As the Third Circuit noted in Avandia, ‘it would be impossible for MAOs to stimulate innovation through competition if they began at a competitive disadvantage, and, as CMS has noted, MAOs compete best when they recover from primary payers.’ Congress intended to create a level playing field between MAOs and traditional Medicare plans, and blocking MAOs from utilizing the best rout of recovery from primary payers would be at odds with such an intent.”

In further support of its decision, the court cited the passage of the PAID Act as “reflect[ing] Congressional awareness that MAOs increasingly use the private cause of action to seek reimbursement from settling parties. Instead of blocking such suits, Congress streamlined the reimbursement process and lowered operational costs by increasing information sharing.”

The court affirmed the district court’s ruling, ensuring a clear path to MAP recovery in additional states. It’s important to note that MAPs may sue primary payers in the second circuit, utilizing the private cause of action provision, but lawsuits against beneficiaries and their attorneys remain unauthorized. So a primary payer can be sued even if it believes that the beneficiary or their attorneys were repaying the MAP.

What It All Means

This decision means that MAPs in the second circuit have a clear and unambiguous ticket to sue primary payers in federal court. The second circuit covers Connecticut, New York, and Vermont, and those states now join Pennsylvania, Delaware, New Jersey, Florida, Georgia, and Alabama as states where courts of appeals have all agree may sue under the private cause of action provision. Perhaps more importantly, MAPs have been on a decade-long winning streak in litigating this issue.

The In re Avandia decision sparked literally hundreds of lawsuits in all areas of the United States. While some claims have been dismissed on procedural grounds, no court has substantively concluded that a MAP is barred from citing the MSP’s private cause of action provision which grants it access to federal court and double damages.

In response to this decision, primary payers should continue to take stock of Medicare Advantage Plan information shared via the Section 111 query. Where present, primary payers should have a plan to address MAP issues in all cases, ideally with a program-wide solution. ECS’ MIR Service automatically stores and seamlessly displays MAP data for review and resolution. Our MAP Protect service provides an extra level of program-level comfort, ensuring prompt resolution and the elimination of nuisance lawsuits.

To learn more about how your organization can eliminate your Medicare Advantage Plan risk with MAP Protect, contact your local account representative or ECS’ Senior Vice President of MSP Compliance and Business Development, Marty Cassavoy at 781-517-8085 or email martin.cassavoy@examworkscompliance.com 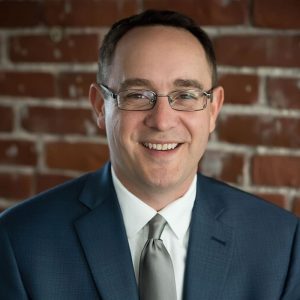